The Wolf’s Sarcophagus: the stone which covered the Wolf’s tomb dates from the early Middle Ages and is carved with a cross. It was discovered in 1873 near the Church of St. Francis of Peace by some builders. The stone was placed over a tomb containing the skeleton of an animal which was confirmed to be that of a wolf by the Municipal Vet. Local popular tradition also referred to that site as being the burial place of the Wolf tamed by St. Francis, a fact further supported by the ancient toponomastic designation of the spot under the name ‘Trivio Morlupi’ or Morlupi crossroads (Latin mors lupi: the death of the wolf).

A cement panel in bas-relief depicts St.Francis and the Wolf. It is the work of sculptor and boccaro artist,     Antonio Maria Rossi, and was put in place on the façade of the Church of St. Francis of Peace in 1936. 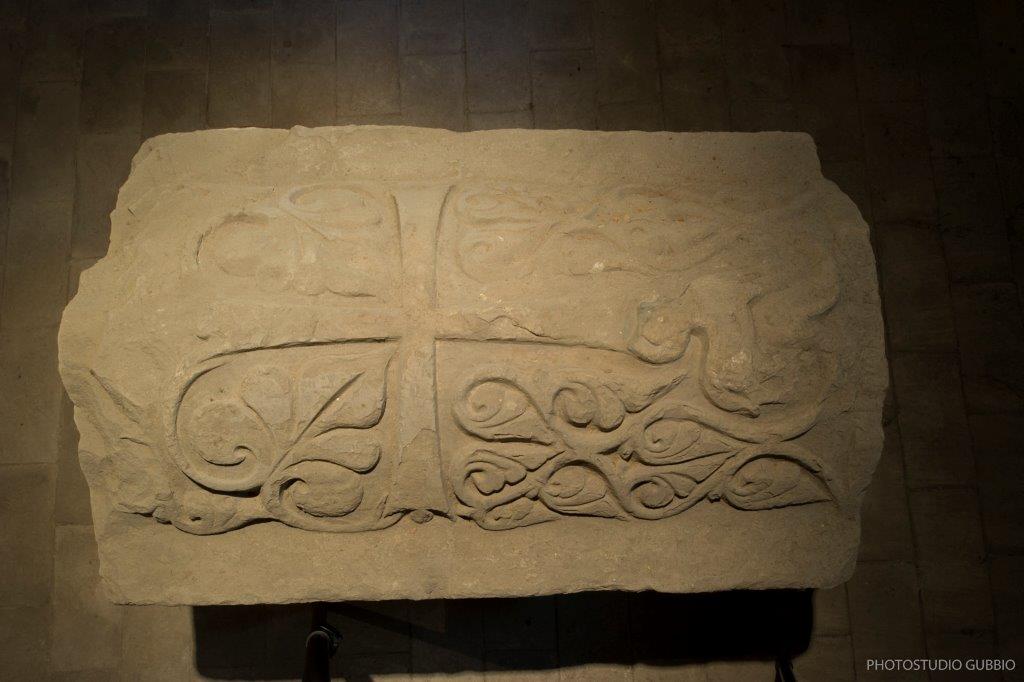