There are two of them: the First Captain leads the Ceri Race and in Communal times was chosen in a special May election coinciding with the festive celebrations in honour of St. Ubaldo. He is officially invested in a ceremony in Piazza Grande preceding the raising of the Ceri when he receives the keys and insignia of the town. The Second Captain oversees the Raising of the Ceri and the Race up the Mountain as well as St. Ubaldo’s cero and its parading. The two Captains are chosen by drawing lots from among the members of the ‘Università dei Muratori’. On display in the sacristy are the most recent uniforms, known as “Napoleonic” as they reproduce the models documented as being in use in the 19th century. 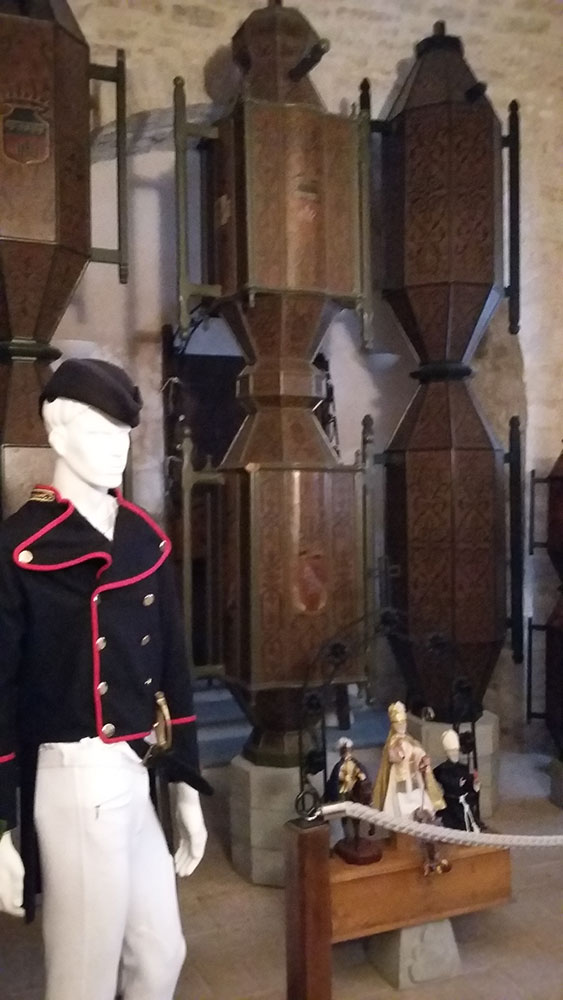