According to tradition the Ceri were votive offerings made in honour of St. Ubaldo by the most influential

Medieval trade guilds: the Masons and Stoneworkers whose Cero bears the statue of St. Ubaldo and are the custodians of the Ceri Festival; the Artisans and Haberdashers whose Cero is dedicated to St. George, and the Donkey Drivers Guild which included the farmers (peasant farmers and farm owners)and is represented by St. Anthony’s Cero.

The Festival which has been taking place without interruption since the 12th century is held on the 15th May, the eve of Bishop Ubaldo’s death.

The name “ceri” derives from the votive offering of beeswax( ‘cera’ in Italian) to the patron, St. Ubaldo. The constituent material and precise structure have evolved over time, assuming their present-day form In the 18th century.

The Ceri consist of three distinct parts: the Cero itself, the supporting platform and the little statue of the Saint and these are only reassembled on the occasion of the Festival.

Originally, the fact of belonging to one or other of the Ceri was regulated by one’s membership of a particular guild, and was handed down from father to son together with their craft. Nowadays, when the ancient crafts have declined, affiliation to a particular Cero is largely a matter of choice, but in any case there remains a strong element of family tradition.

The Medium Ceri, which have recently been restored, were made in 1966 in all respects reproducing on a smaller scale the large Ceri kept in the basilica of St. Ubaldo. These Ceri are used in the Medium Ceri Festival which faithfully follows all the phases of the 15th May Festival; it is held on the penultimate Sunday in May and is a kind of apprenticeship for young ‘ceraioli’. It is first documented in the middle of the 19th century.

The Small Ceri Festival, which was initiated at the start of the 20th century, takes place on 2nd June and is organised by the “Maggio Eugubino” Association. It is an exact re-enactment of the main Ceri Festival. The small Ceri are carried by children and adolescents. The Small Ceri now in use were made between 1986 and 1987. 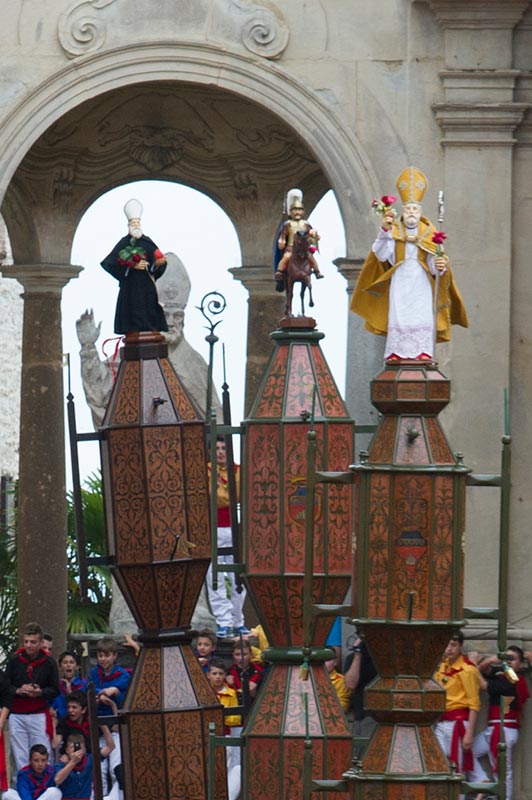 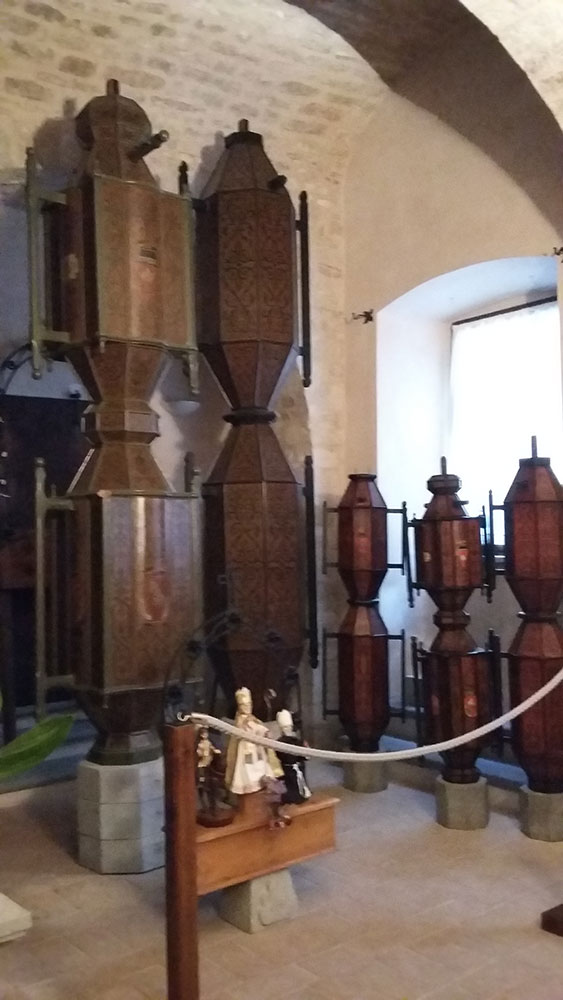